The Region of Western Macedonia is one of the regions of Greece. It is administratively a secondary governmental organization and geographically covers the western part of Macedonia.
It occupies an area of 9,451 sq. Km. and its population is 283,689, according to the latest NSSG inventory (2011). Larger city and its capital is Kozani.
It is also often described as the "energy heart" of Greece, since around 2/3 of the country's electricity is produced in its territory.. 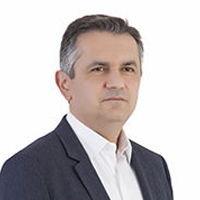